New Zealand is home to a stunning range of golf courses set in incredible locations. Located near snow-capped mountains or isolated coastal stretches (and in some cases both), New Zealand’s courses provide not only superb natural backdrops for playing golf but the added bonus of breath-taking scenery.

New Zealand boasts world class courses that have been granted Marquee status and will give a golfer a great experience as well as showing off the best of New Zealand. This ultimate golf tour plays 14 courses, staying at the best accommodation New Zealand has to offer and is fully hosted by a PGA Pro.  There will be plenty of time to see some of the most popular tourist spots in New Zealand as well. The itinerary is fully customisable to suit your off-course interests and travel requirements.

A Marquee Course is of high quality, internationally known and accessible for visitor play. There are 14 Marquee Courses throughout New Zealand.

Only for the serious golfer wanting to test themselves on New Zealand’s most challenging courses!

Play all 14 marquee courses in NZ

1. KAURI CLIFFS, NORTHLAND
Considered by many to be New Zealand’s finest all-round golf course, Kauri Cliffs is part of a 6,000-acre working farm in the Bay of Islands.Fifteen holes view the Pacific Ocean, six of which are played alongside cliffs which plunge to the sea.
Designed by: David Harman and opened in 2000.

2. WAINUI GOLF CLUB, AUCKLAND
The course, one of the country’s newest golf experiences, is cut through rolling hills, natural water ways, and is framed by 80-year-old statement pines and precise bunkering.
Designed by: Sid Puddicombe and Associates and opened in 2016.
Holes: 18

4. TITIRANGI GOLF CLUB, AUCKLAND
Titirangi Golf Club is just a 15-minute drive from downtown Auckland situated in a beautiful bushland setting between the lower slopes of the Waitakere Ranges and the Manukau Harbour.Consistently ranked as one of New Zealand’s top courses and Auckland’s #1 course.
Designed by: Dr Alister MacKenzie and opened in 1909.

5. WINDROSS FARM GOLF COURSE, AUCKLAND
This championship course has been developed as a unique links-style course with both the clubhouse and facilities having been designed with a minimalistic philosophy.
Designed by: Brett Thompson and opened in 2016.

6. WAIRAKEI GOLF + SANCTUARY, TAUPŌ
Wairakei – a golf course in a predator-free sanctuary, located in an extraordinary geothermal area – has to be the quintessential New Zealand golf experience.Many find sanctuary on a golf course, but it is rare to find a golf course that is a sanctuary, New Zealand’s Wairakei Golf + Sanctuary is thought to have scored a world first! The ecological restoration is the first of its kind in New Zealand and was prompted by golf course owner Gary Lane’s desire to create a unique environment where golf and the natural habitat work in harmony.
Designed by: Commander John Harris and Peter Thomson and opened in 1970.

7. THE KINLOCH CLUB, TAUPŌ
Kinloch showcases a design philosophy that aims to enhance the natural environment and offers unique design features, with every hole requiring strategic thought and patience.The Kinloch Club is often compared to the classic link courses in Scotland and Ireland. However, instead of traditional sea views, this world-class championship Par 72 course is positioned between panoramic views of Lake Taupo, New Zealand’s largest fresh-water lake, and the natural beauty of rugged rural farmland.
Designed by: Jack Nicklaus (Signature) and opened in 2007.

8. CAPE KIDNAPPERS, HAWKE’S BAY
Cape Kidnappers brings together a world-class golf course and five-star luxury lodge accommodation in a spectacular location – an iconic promontory of rugged cliffs and farmland overlooking the Pacific Ocean.Designed by legendary golf architect Tom Doak, the Cape Kidnappers par 71 golf course measures 7,119 yards (6,510 meters) and will challenge golfers of all skill levels. Completed in 2004, the spectacular golf course has been hailed as one of the great modern marvels in golf. Tom Doak says this about the course: “Our goal in designing golf courses is to create interesting holes you wouldn’t find anywhere else. That wasn’t hard to do at Cape Kidnappers, because the site is not like anywhere else in golf.
Designed by: Tom Doak and opened in 2004.

9. PARAPARAUMU BEACH GOLF CLUB, WELLINGTON
New Zealand’s “Spiritual Home of Golf”, Paraparaumu Beach Golf Club is considered to be one of the best links courses in the Southern Hemisphere.
Designed by: Alex Russell and opened in 1949.

10. ROYAL WELLINGTON, WELLINGTON
Set in beautiful parklands, next to a river with dominant native trees and bush, the gentle contoured fairways are laced together by streams and lakes.
Redesigned by: Turner Macpherson in 2013.

12. MILLBROOK RESORT, QUEENSTOWN
Set in a dramatic natural amphitheatre of bare rock surrounded by the high snow-capped peaks of the Remarkables mountain range, a round of golf at Millbrook is both a test of golfing skills and an exploration of a unique natural environment.
Designed by: Sir Bob Charles and renovated by Greg Turner in October 2010.

13. THE HILLS, QUEENSTOWN
One of the world’s most unique golf experiences, The Hills blends a championship golf course, award winning facilities, and a multi-million dollar sculpture park into one of the most beautiful settings in the world.Set over 500 acres of land across a glacial valley the layout highlights the dramatic elevation changes.
Designed by: John Darby and opened in 2007.

14. JACK’S POINT, QUEENSTOWN
With a backdrop of 2300 vertical metres of the Remarkables mountain range and an armchair view of an outstanding lake panoramas, Jack’s Point Golf course is one of the most visually spectacular in the world.Set beneath the Remarkables mountain range on the edge of beautiful Lake Wakatipu, Jack’s Point is one of New Zealand’s most exhilarating and scenic golf courses.
Designed by: John Darby and opened in 2008. 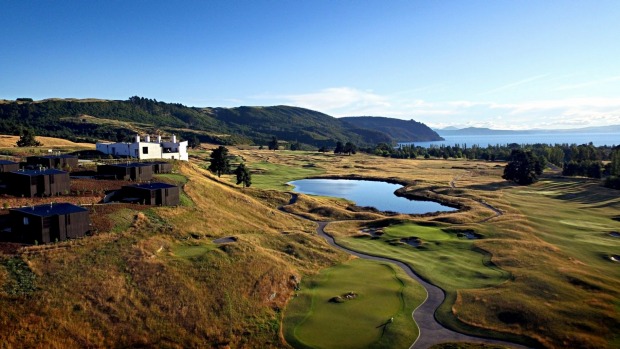 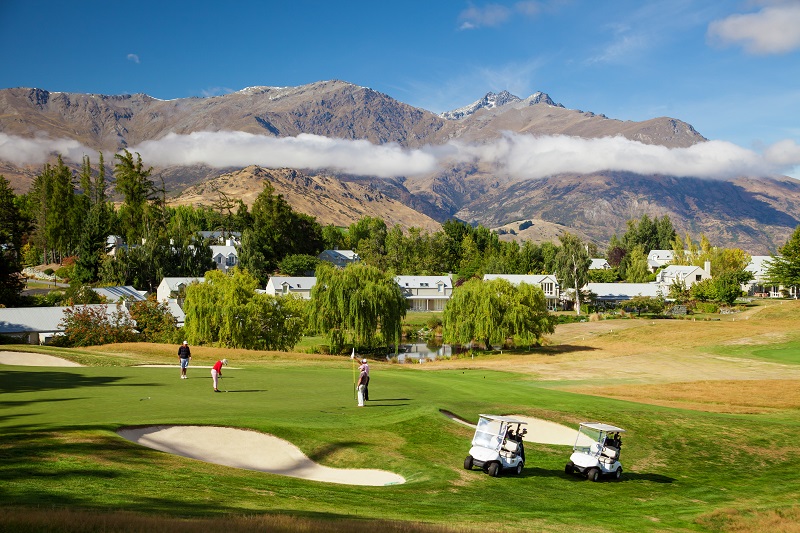 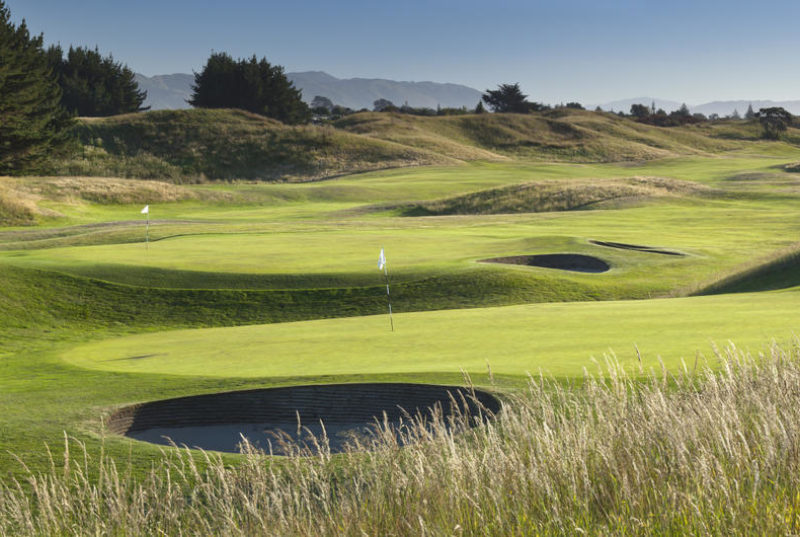 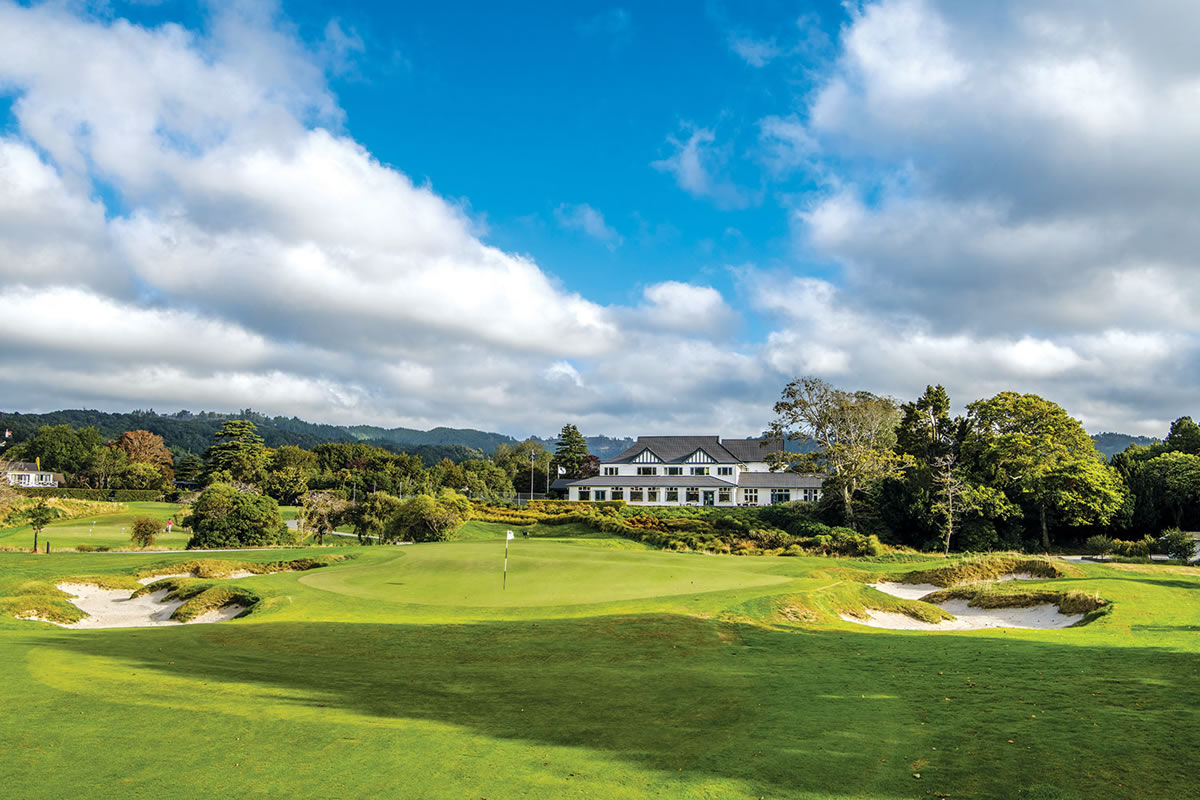 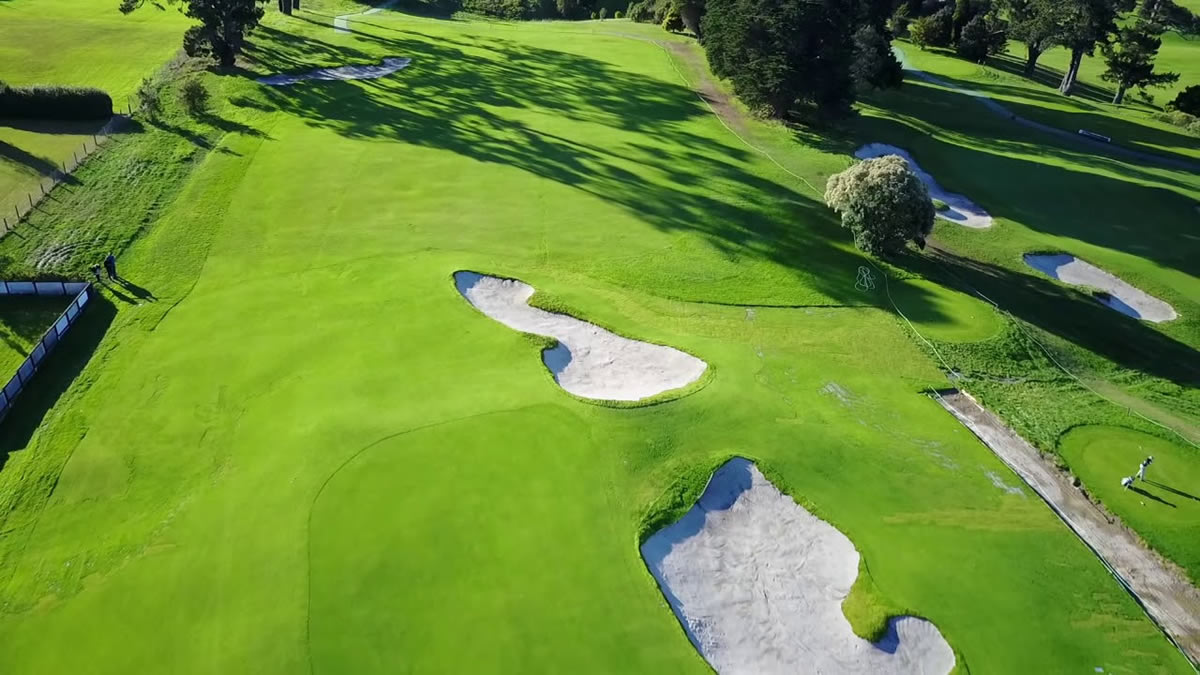 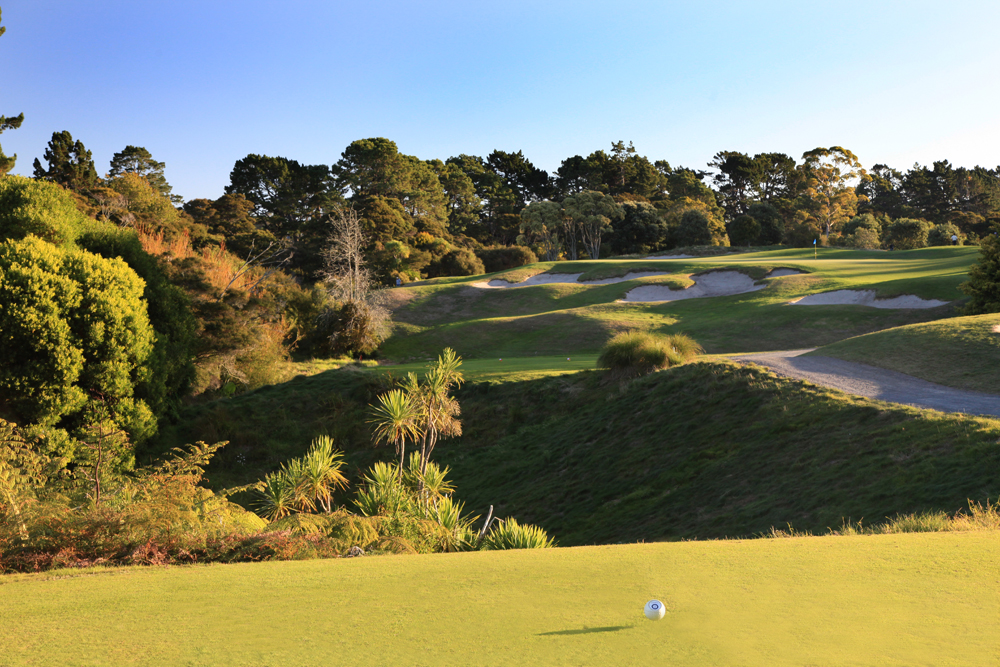 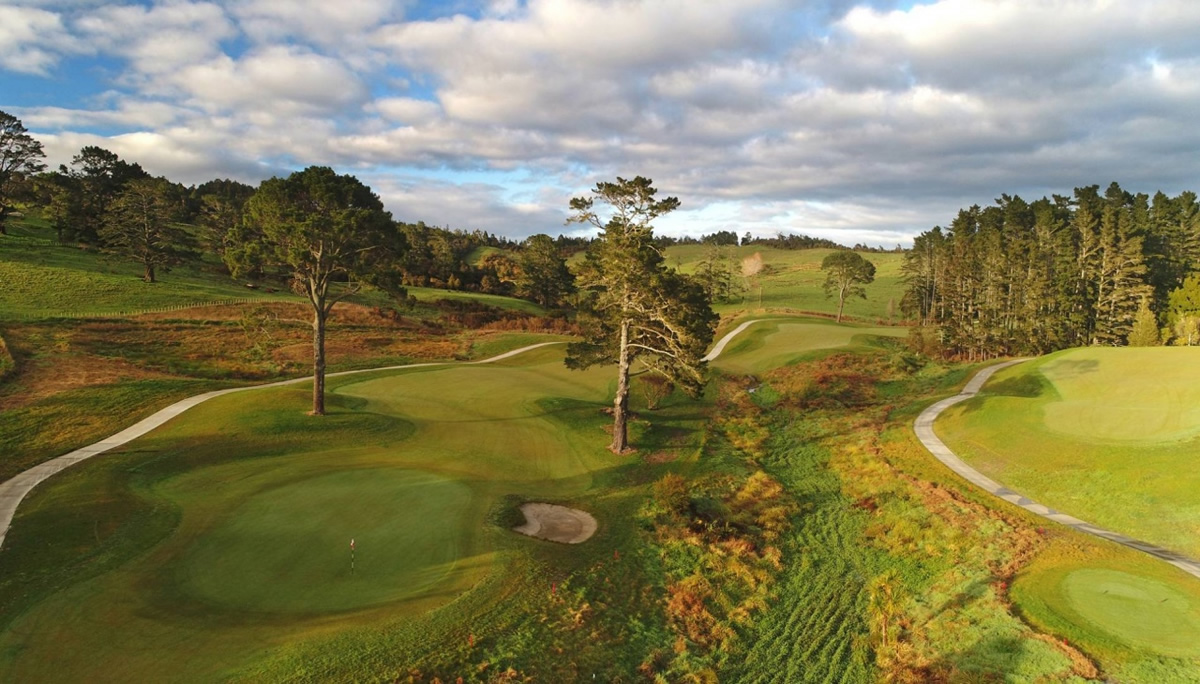 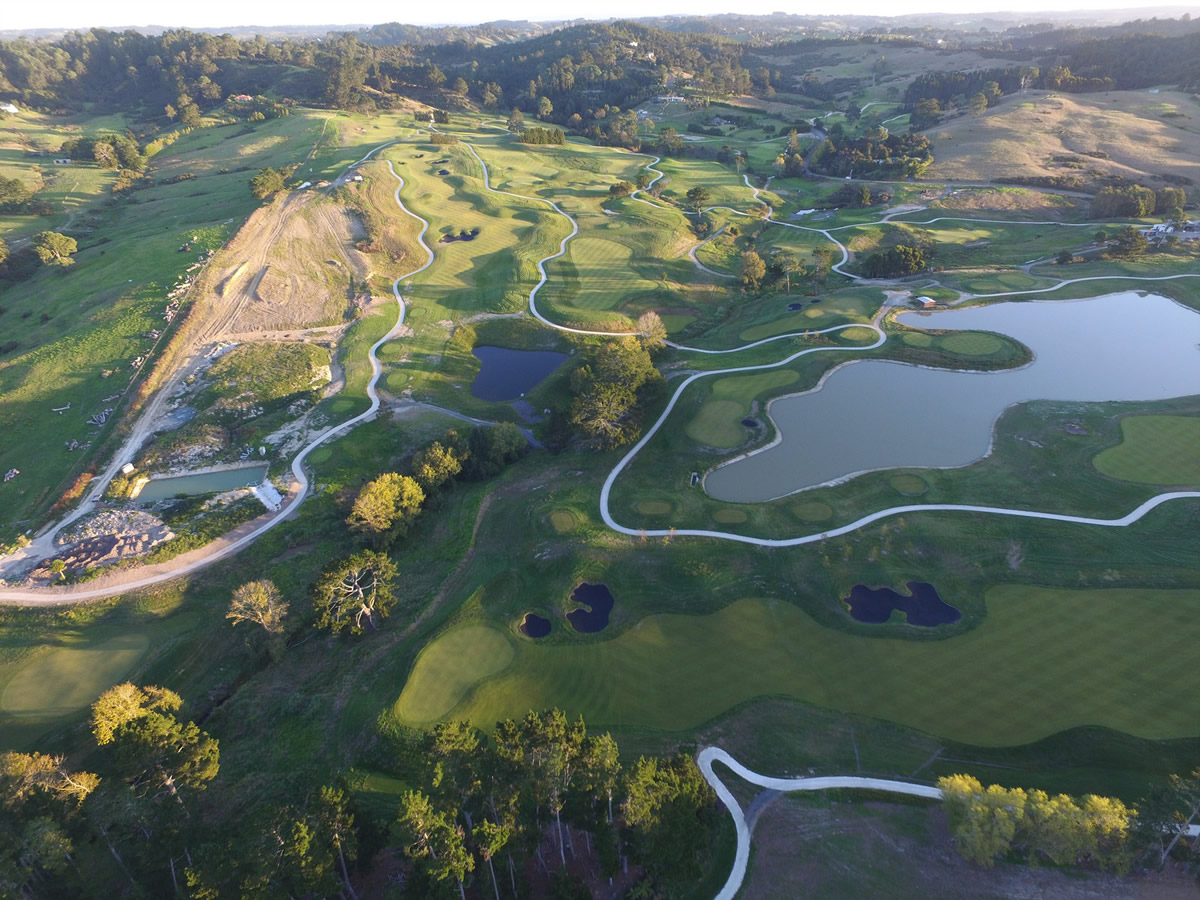 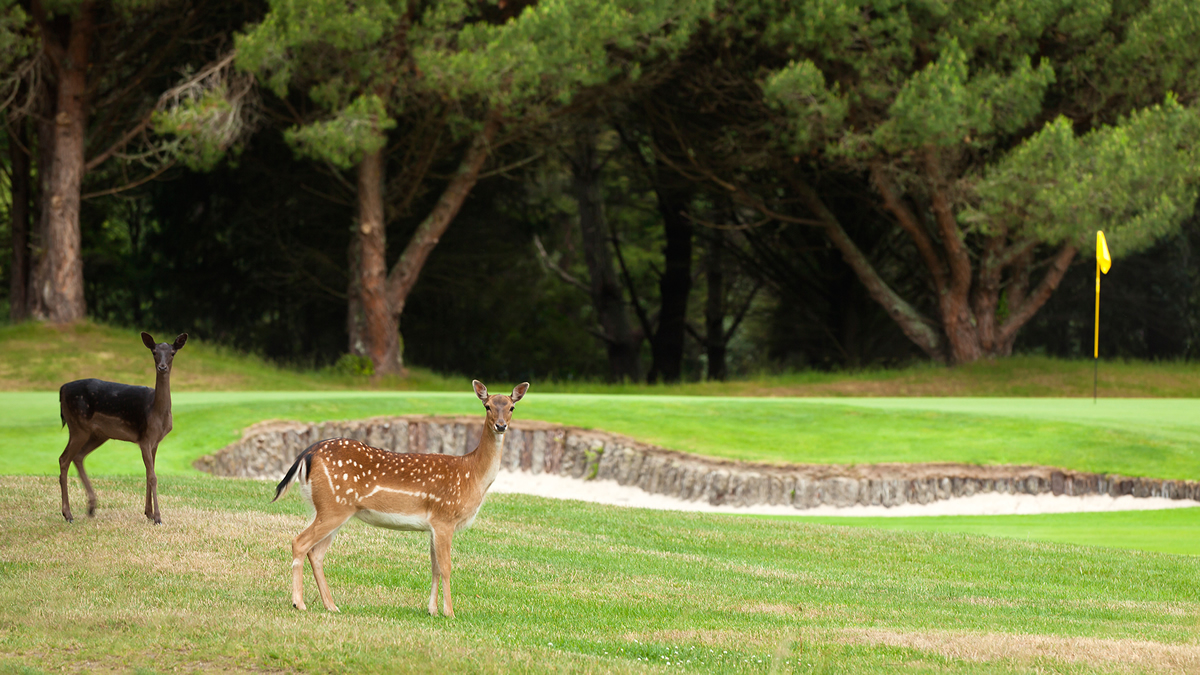 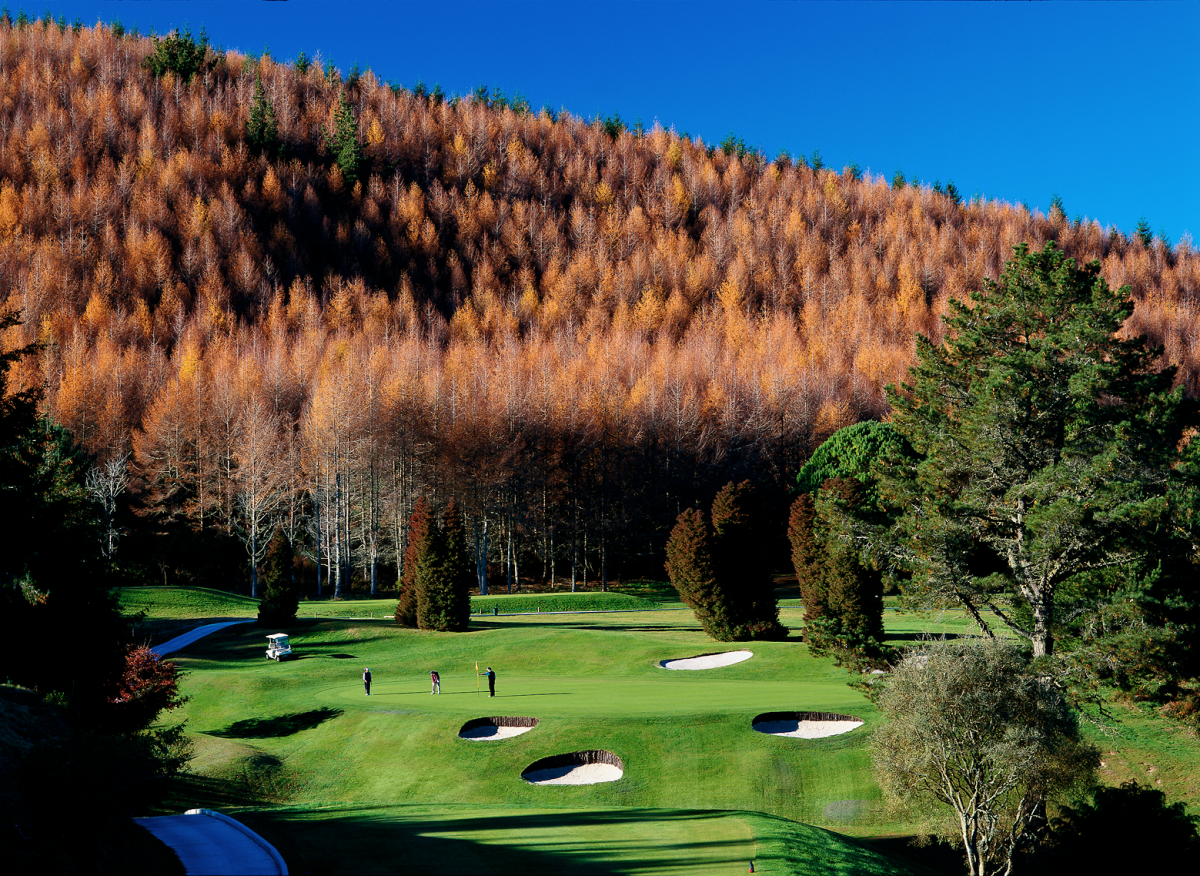 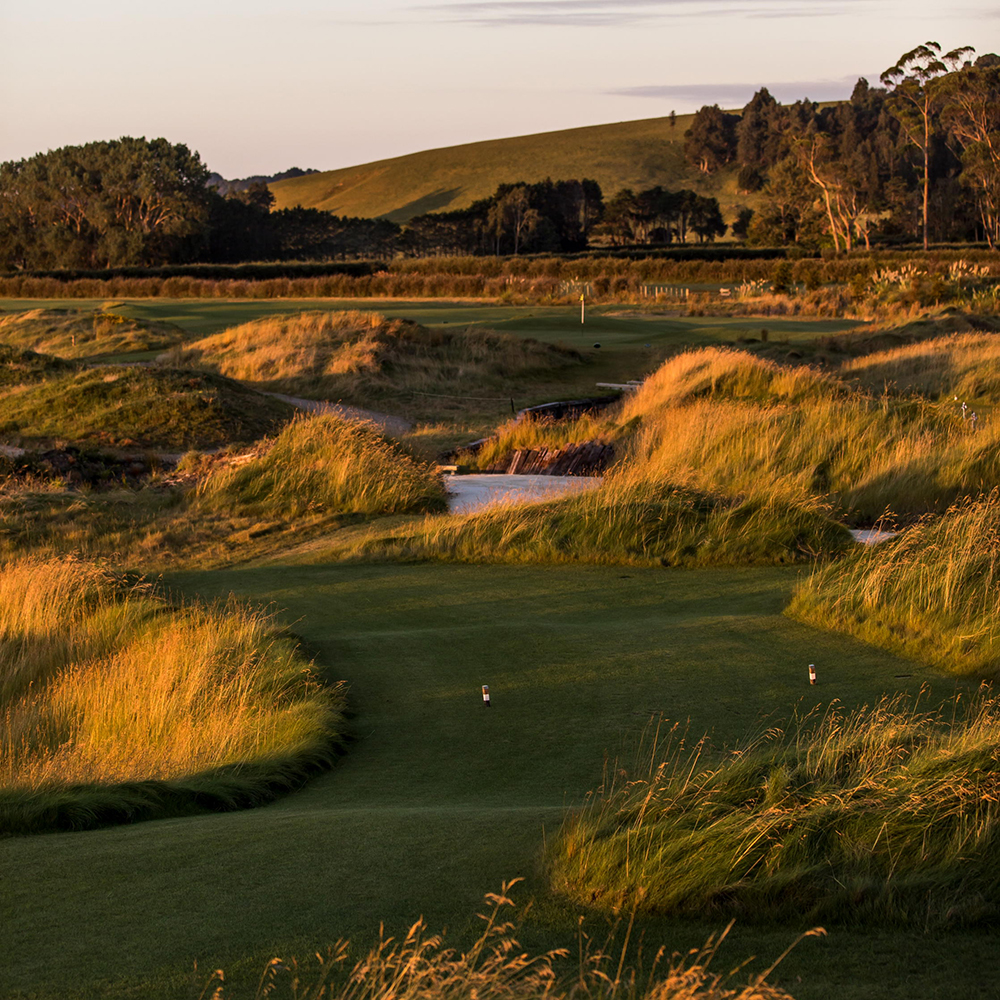 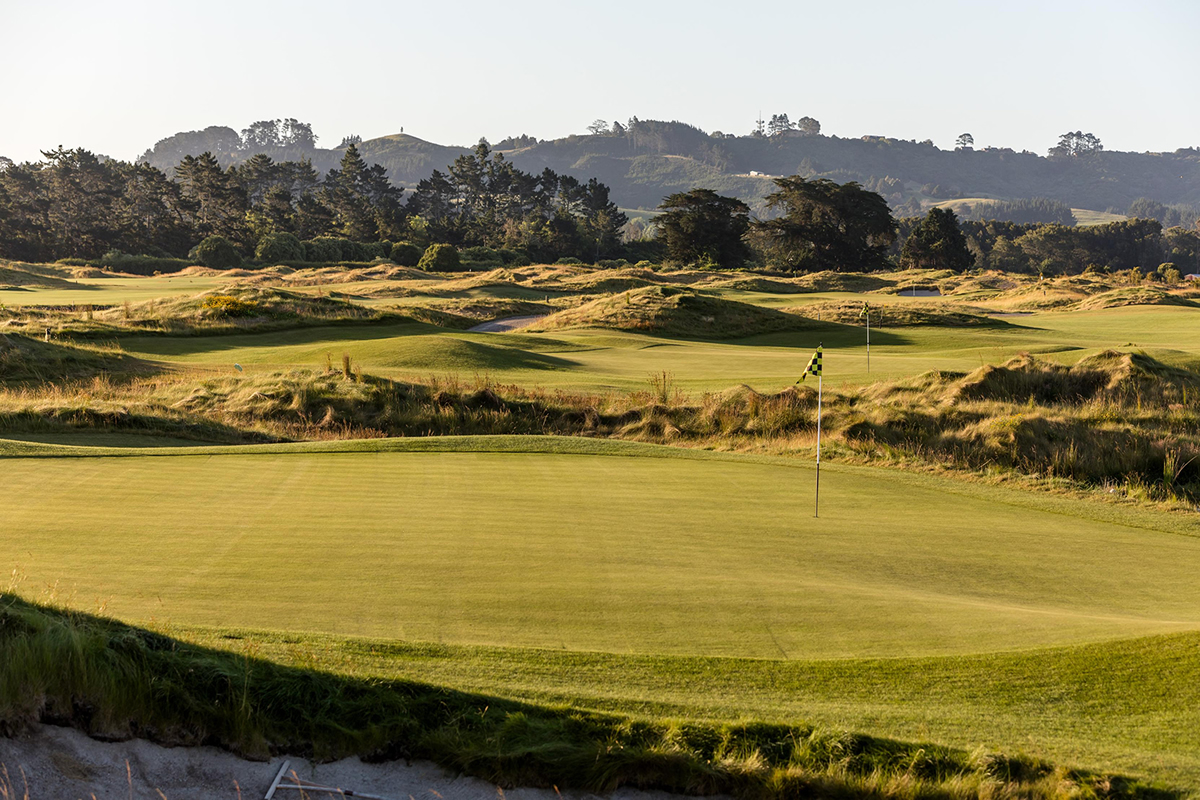 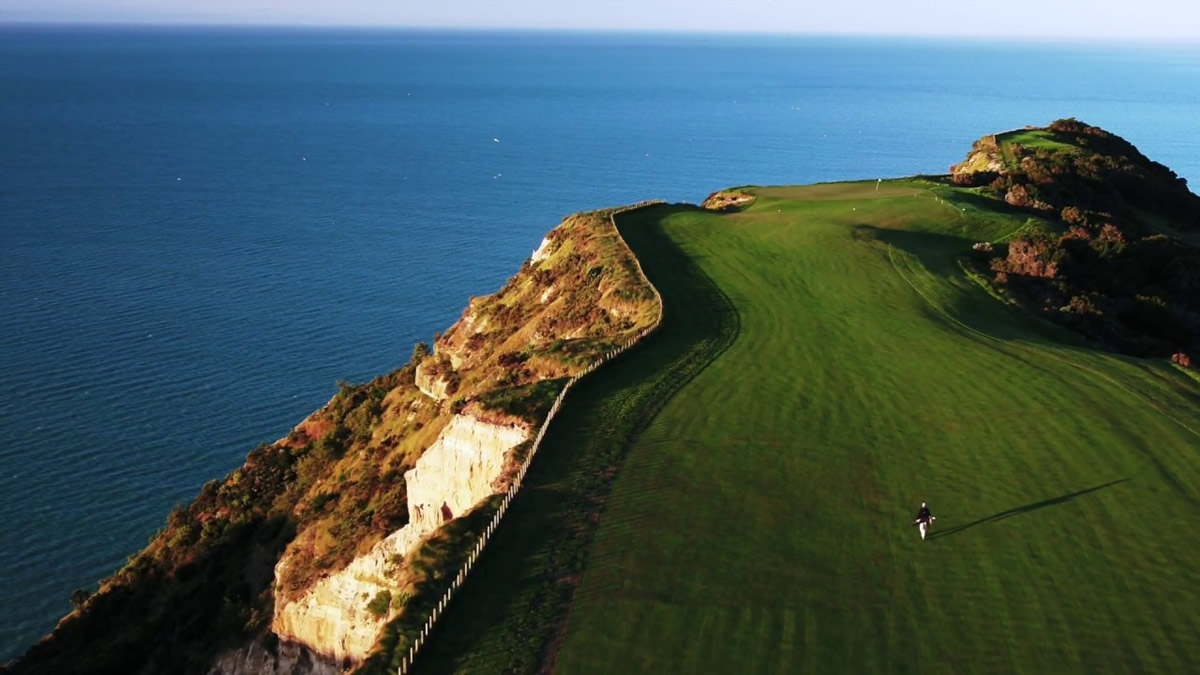 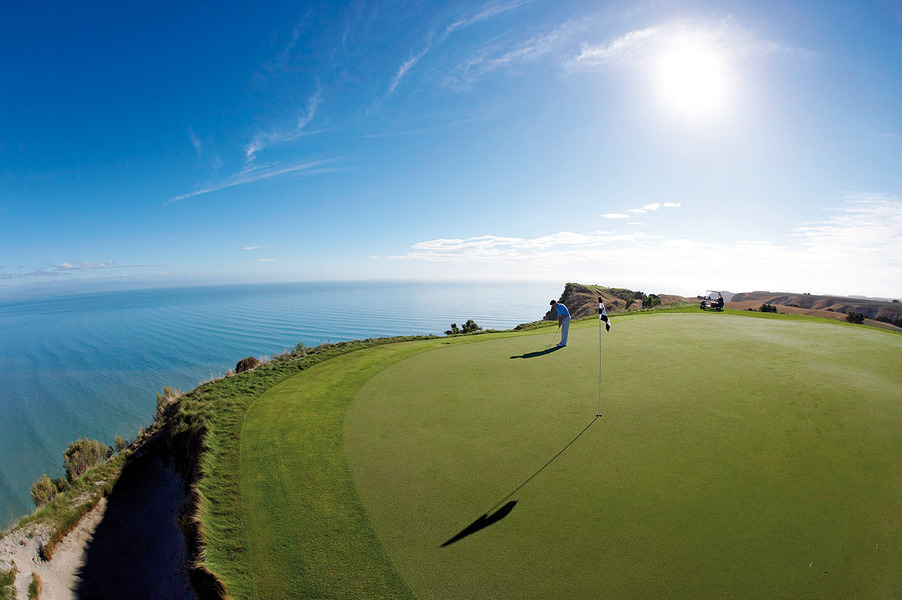 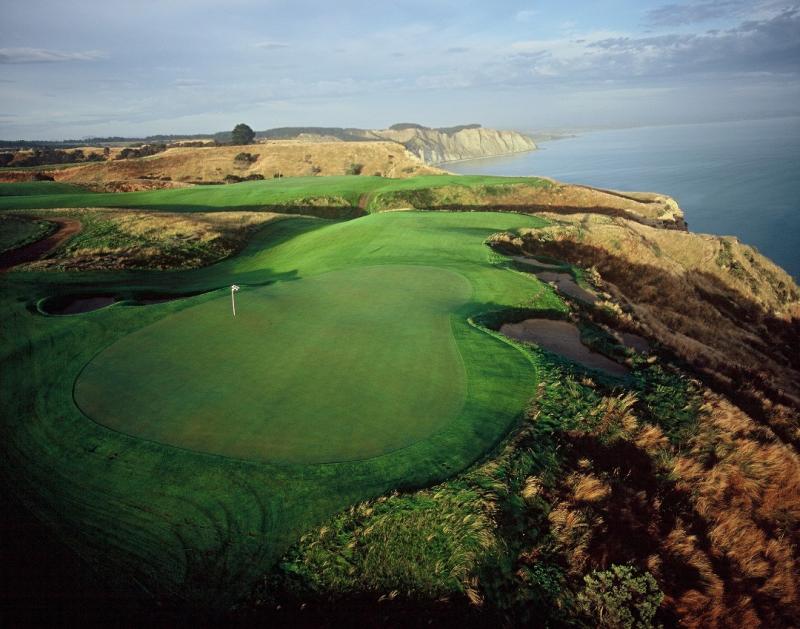 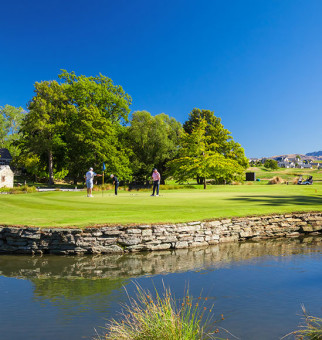 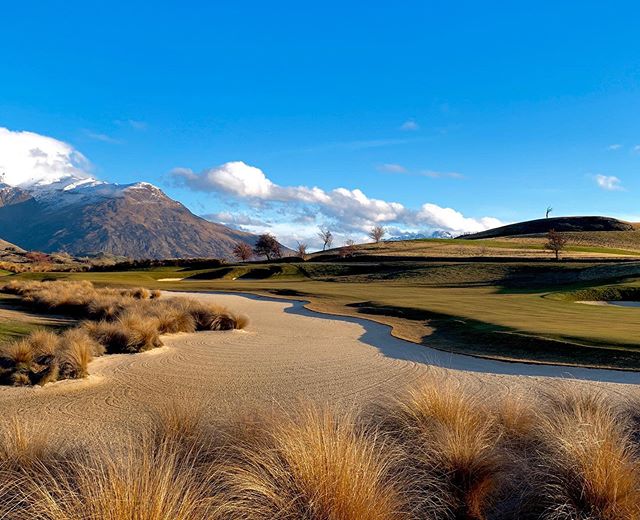 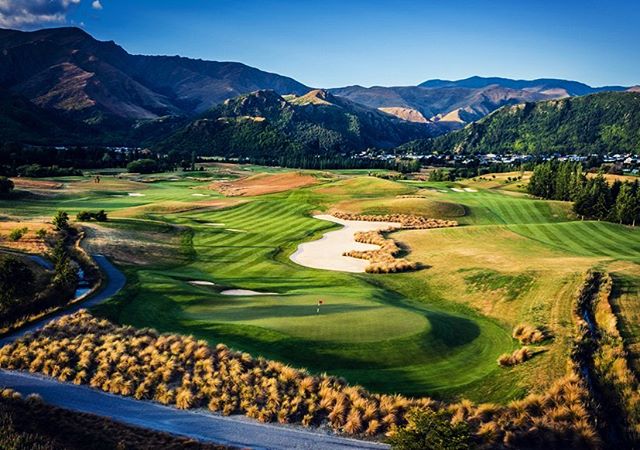 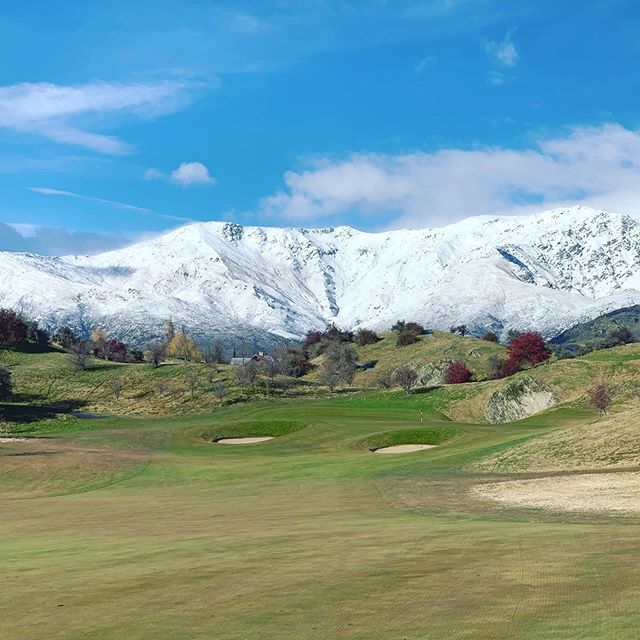 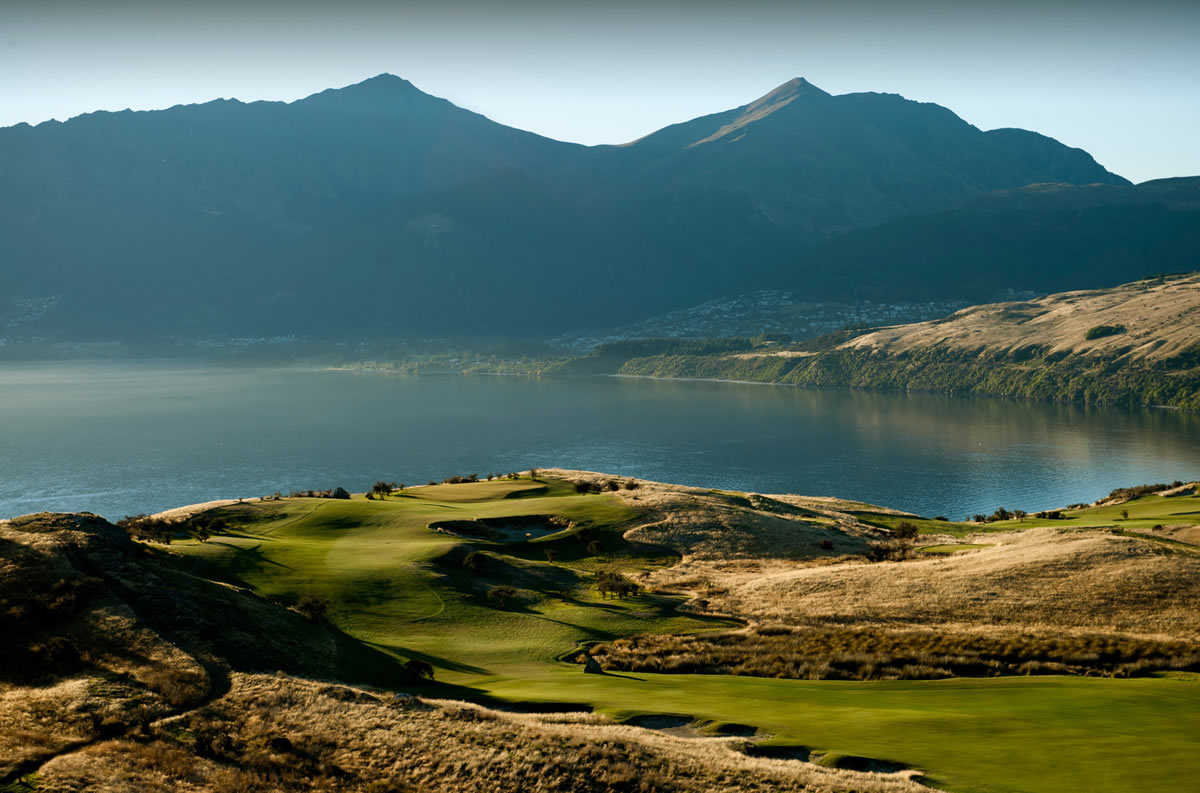 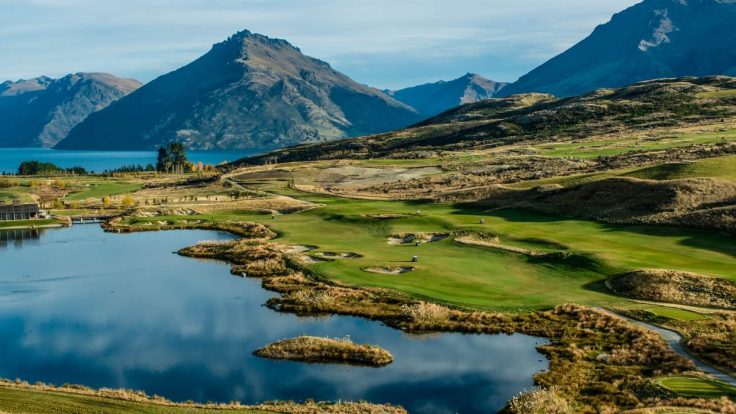 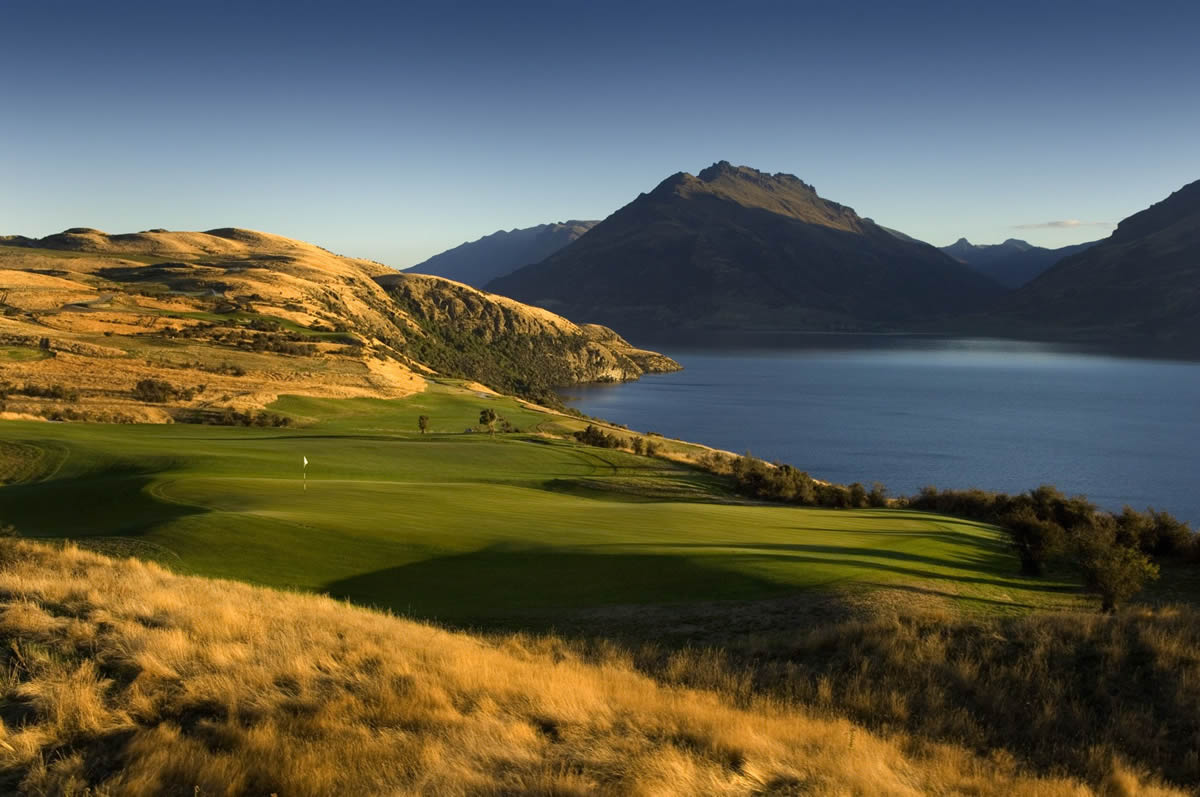 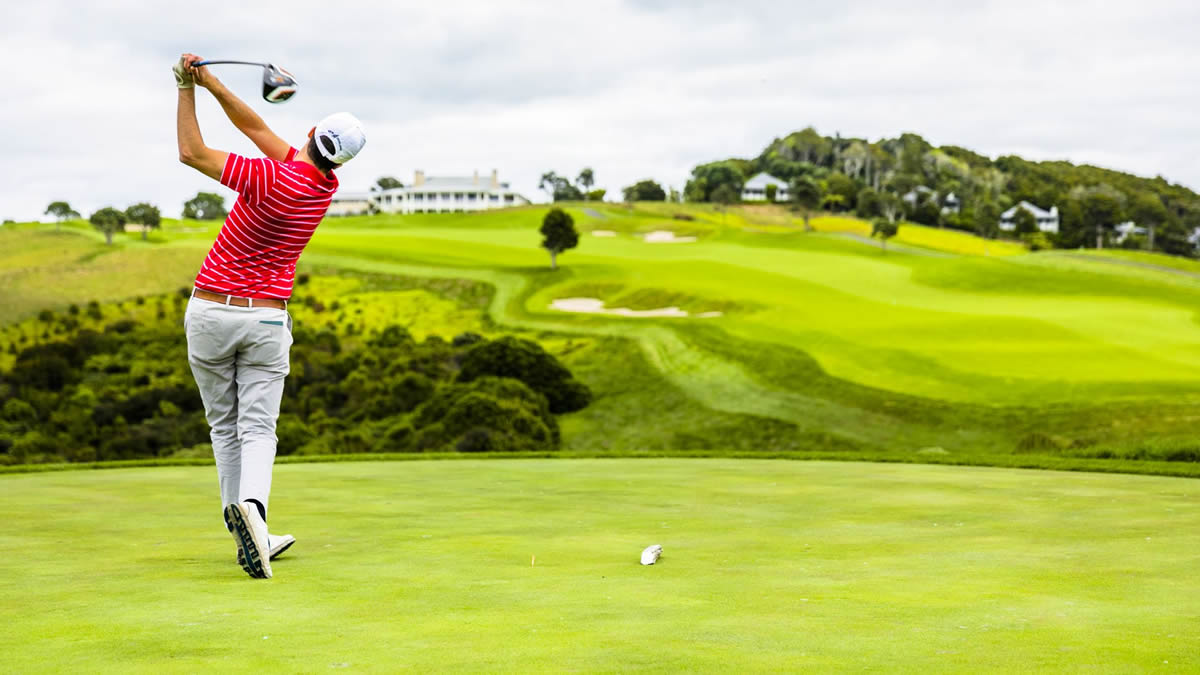 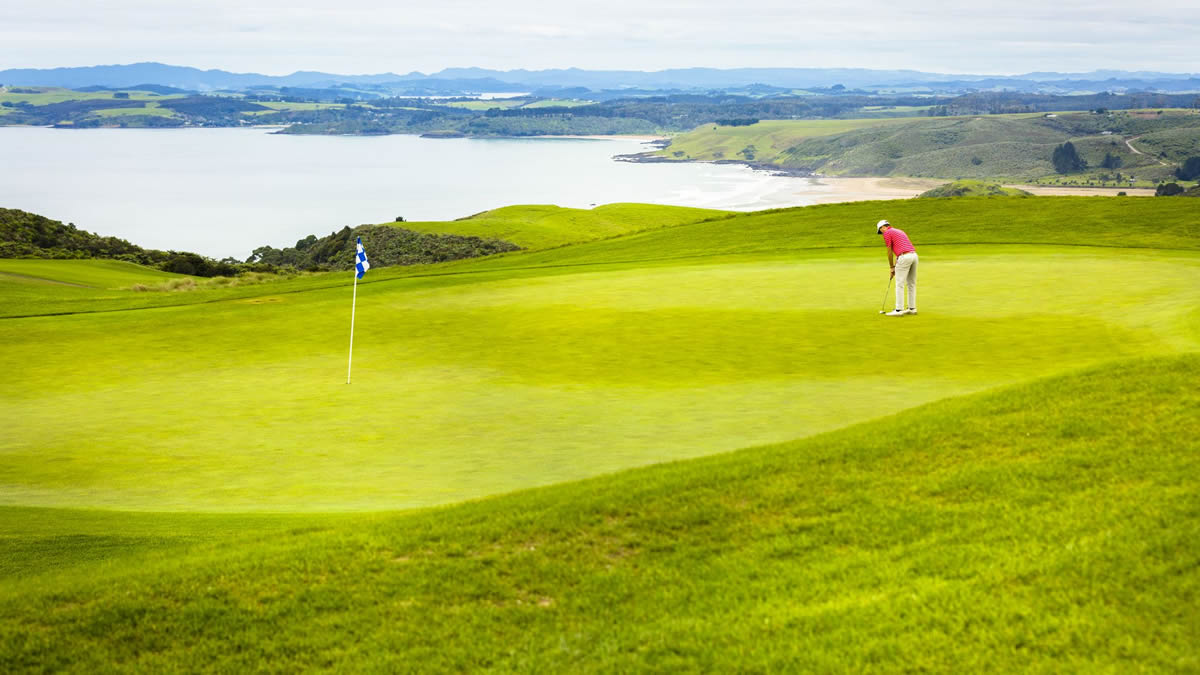 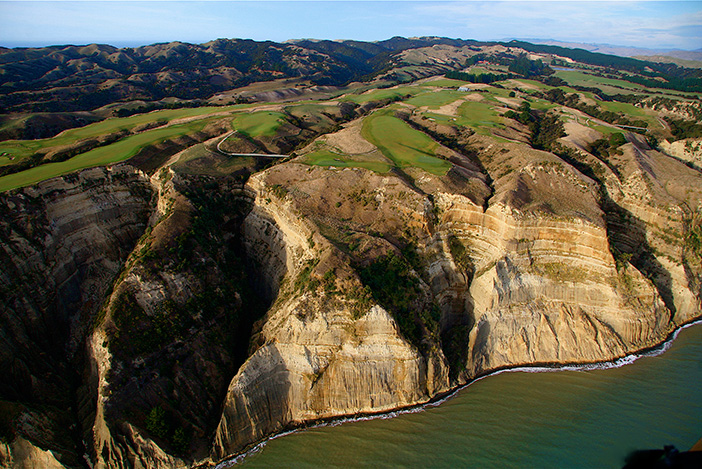 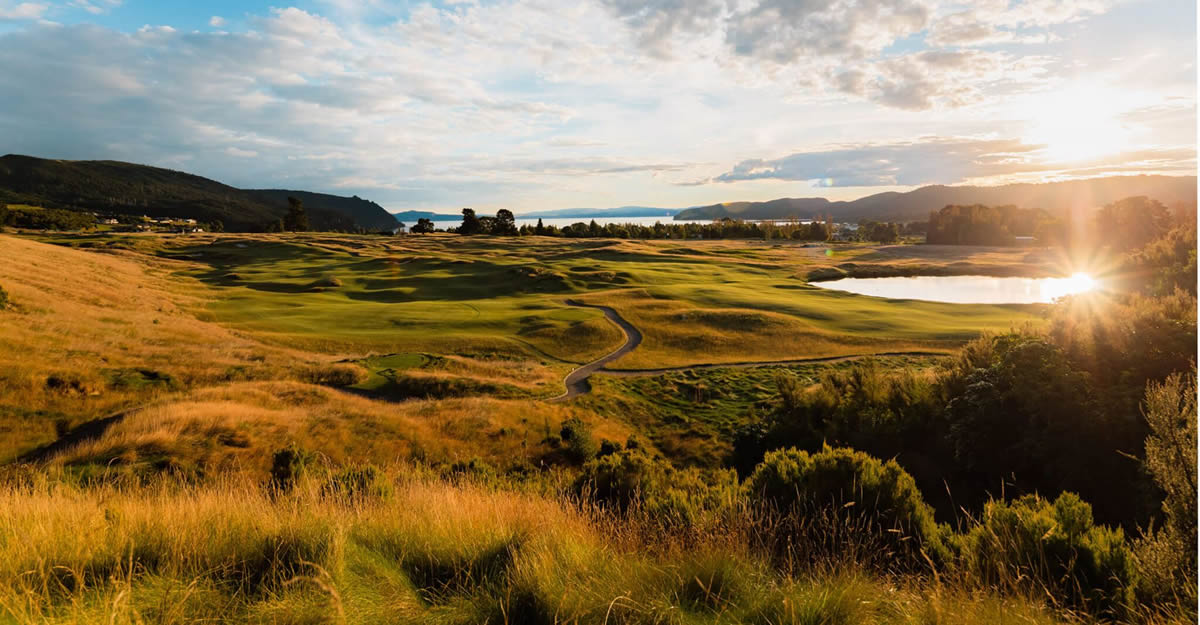